Laughing At The System 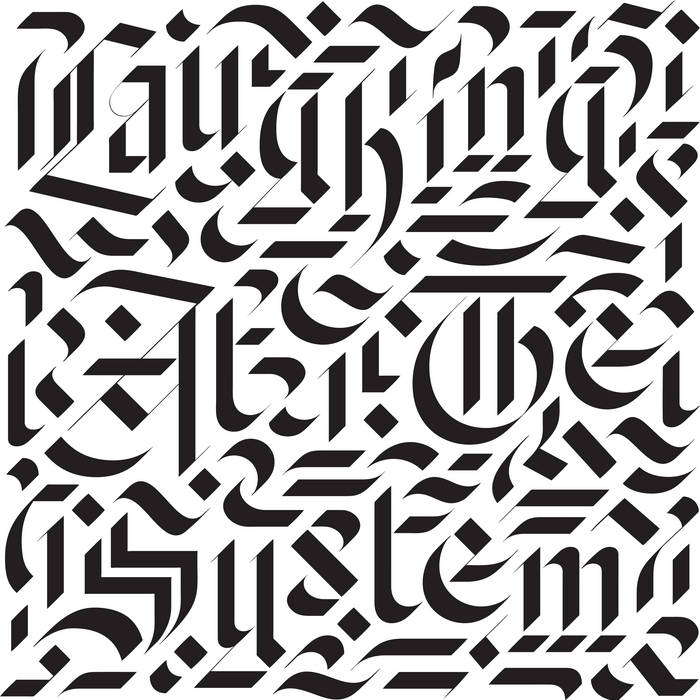 Class War Imprint Music is beyond this universe. Message is perfect for our times.

Seriöse PR INCREDIBLE!!! With this album, you will NEVER AGAIN have no erection guaranteed! Favorite track: Luxury Vacuum.

Louis Jagger TC keep up their run of having the best album covers in the business. Music's pretty good too. Favorite track: Her Majesty, Budgie.

However you might try to find the words for it, Total Control's caustic charm is stunning and oblique. A sensible account of the band typically focuses on its parts—the associated groups, the touring configurations, etc.—as if finding ways by which Total Control is divisible gleans critical information for breaking through their cryptic sheen. With tonic, wry twists, and forever employing aphoristic brevity for the comic/cosmic dynamite that it is best reserved for, the band seems to indulge this with each new release, or tour, or whatever's put on the counter. The bands European tour tape from 2015 was a sure reminder of this.

Their new 12", 'Laughing At The System,' is a succinct statement, but it feels like the sharpest thing they've ever assembled. Written and recorded over the past couple of years in various lounge rooms, bedrooms, and rehearsal studios, across Melbourne, regional Victoria, and Western Australia, Al Montfort, Daniel Stewart, James Vinciguerra, Mikey Young, and Zephyr Pavey are—for the record—all accounted for in the process.

'Laughing At The System' is bookended by a title track in two parts. The scattered mania of the opener is an unsettling beginning, with cascading madhouse-riffs somehow finding a ricocheting unison. The closing part has the familiar head-charge of Total Control's most gnashing moments, with the guitars balancing the equation between running-too-fast and drinking-too-fast in one queasy commitment. With a brilliantly acerbic wit, we're implored to gather that there's some equivalences here. And it's this kind of impulse that's kept up throughout the 12".

Drizzled with Vinciguerra's fraught fills, which have the rare quality of being unmistakably his in both electronic and acoustic form, this punctuation comes in and out of focus between elegiac moments and breezy experimentation, the latter including the elated instrumental 'Cathie and Marg.' Throughout, Stewart scripts a tumultuous wake for a flatlining reality, forever nudging the listener to second-guess themselves about the sincerity and intent. Far from cynical, but earnestly neurotic, the potency of the atmosphere that Total Control has mustered across 'Laughing At The System' registers as a deeply commanding, though bleak, psychedelicism for the future.

At the moment we are temporarily unable to send items at the post office. We are working with Royal Mail to do one off collections so expect a serious delay when ordering.

Bandcamp Daily  your guide to the world of Bandcamp

Benji B talks about his new compilation ‘Deviation Classics’